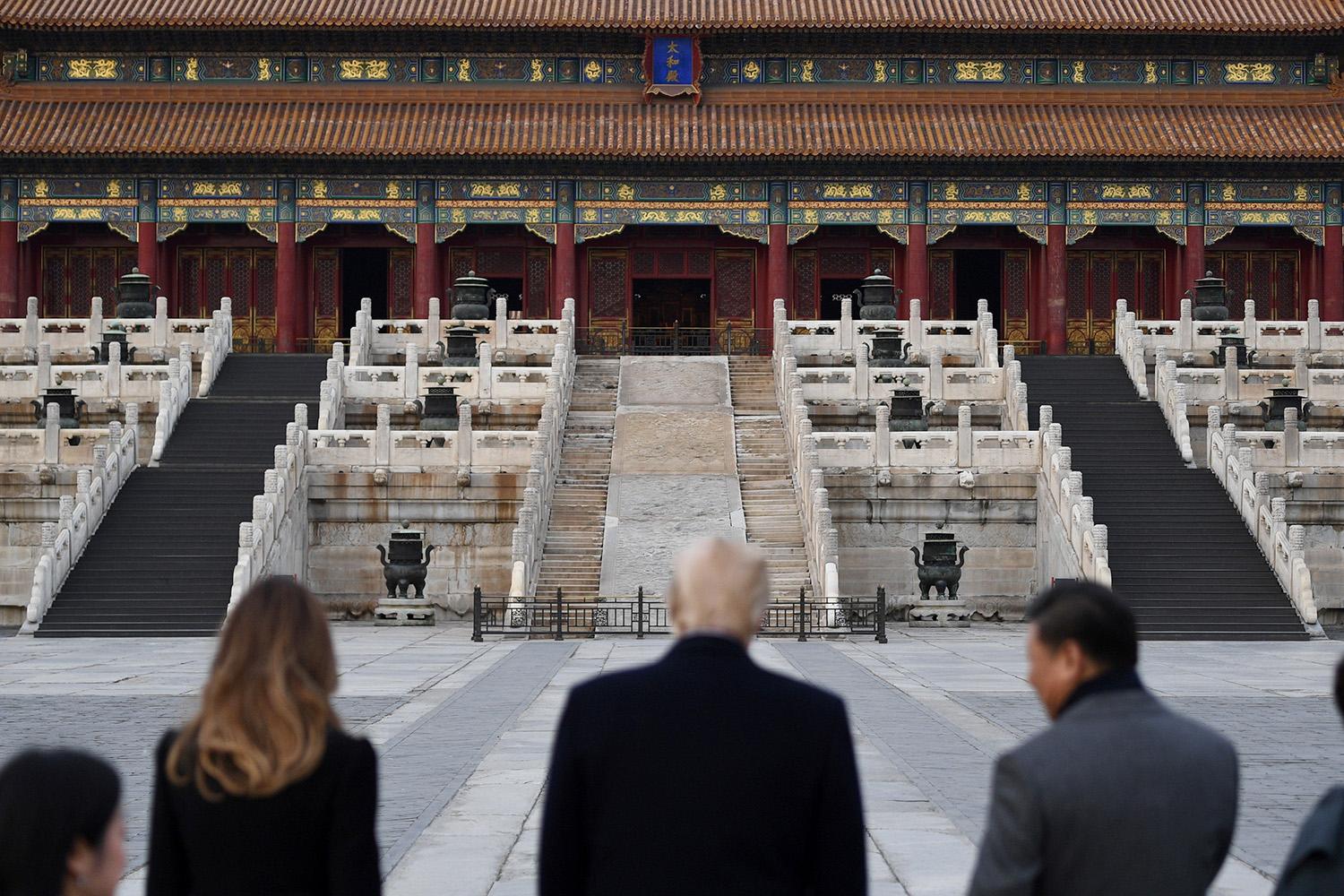 China’s practice of gifting million-dollar buildings to governments across Africa is under renewed scrutiny.

On June 30, Zimbabwe’s new $140m parliamentary building, built and financed by China, was unveiled in the capital Harare as a gift from Beijing.

The imposing structure, which sits on 33,000 square metres and comprises a six-storey office complex and rooms for MPs and staff, is the latest example of Beijing’s heightened charm offensive towards African governments.

For years, China has cultivated relationships with African states, handing out low-interest loans and fiscal interventions without the usual human rights concerns that accompany offers by Western governments.

It has also been building or renovating government offices at its own expense or practising “palace diplomacy”, as some foreign policy buffs have been calling it in recent years.

Aside from Zimbabwe, several countries, including Mozambique, Lesotho, Guinea-Bissau and Malawi now have new parliaments courtesy of Beijing since the turn of the millennium.

Burundi got a $22m presidential palace that was completed in 2019. That same year, the Liberian government opened two annexes to its parliamentary building — the Capitol — and a new ministerial complex, both donated by China. In Tanzania, a leadership academy was recently opened with construction generously supported by Beijing.

According to a 2020 study by the Washington, DC-based Heritage Foundation think tank, at least 186 government buildings in Africa have been at least partially financed and built by China. That number has grown rapidly over the past two decades as China’s economy has become more robust, and Beijing has thus been willing to wield the soft power it can afford.

For many Africans, these gifts seem pretty normal, harmless even.

Jinghan Zeng, professor of China and International Studies at Lancaster University, agrees with that perspective.

“This so-called ‘Palace-Diplomacy’ sits in the wider Chinese involvement in infrastructure in Africa given the continent’s huge demand for infrastructure and little financing to bring projects to fruition,” he told Al Jazeera.

“The reason why [government buildings] become a key focus is partly shaped by the way China engages with Africa,” he added. “It is state-focused, and thus those plans are largely shaped by the desire of local state actors.”

Some analysts have argued that these massive projects, being so publicly visible, serve as a sign of material progress to accumulate goodwill for African leaders or at least a short-term political boost.

Little wonder then that beneficiary governments have often presented these expensive buildings as their own achievements.

“On paper, Chinese projects should benefit the generality of Africans, and in many instances, they do as a matter of fact,” Ebenezer Obadare, senior fellow for Africa Studies at the Council on Foreign Relations, told Al Jazeera. “For instance, ordinary Africans are the direct beneficiaries of infrastructure projects [e.g. railways] embarked upon as part of China’s belt and road initiative.”

“The only problem is that the negotiations involved in such projects do not always meet the basic test of transparency, and several projects do not seem to be worth the large sums theoretically expended on them,” he added. “Whether the blame for this can be pinned on the Chinese [alone] is a different question.”

The true implications of these gifts remain unknown because details about Chinese investment deals on the continent are usually vague and obscure, said Bhaso Ndzendze, associate professor of politics and international relations at the University of Johannesburg.

“The ambiguity means that some packages can simultaneously be interpreted as loans, investment, and aid,” said Ndzendze, who is also a former research director of the university’s Centre for Africa-China Studies. “These are of course different things and mean different implications … we need information systems to enable transparency so that we can be able to conduct a cost-benefit analysis as citizens and actors outside of government.”

All of this has led to questions about how these investments benefit Beijing in the long term.

In 2018, French daily Le Monde reported that the African Union (AU) headquarters in Addis Ababa had been bugged by the Chinese who had gifted it to the AU five years earlier to listen in on state secrets.

The AU and the Chinese government denied the reports, but it is widely believed within and beyond the continent that Beijing is not always straightforward about its dealings.

“Countries are always seeking to get one over on their rivals, so AU should have put the proper monitoring mechanism in place when the project was going on to ensure that nothing nefarious happened,” Obadare said. “I don’t distrust Chinese intentions more now that we know it bugged the AU parliament. As a matter of fact, I would have been suspicious if it didn’t, given the opportunity it had to do so.”

Others noted that the incident did not cause much of an uproar as it should have, across the continent.

“Both Chinese and African officials were eager to portray a “united front” that portrayed the story as a fabrication,” said Ndzendze. “It is also worrying that the story was broken out by a French news source, Le Monde … this would mean essentially that a French entity found Africa to be being spied on by a Chinese entity.”

In a number of countries, regular citizens are beginning to criticise China’s presence on the continent. There have been protests about work conditions on these projects over the years in places like Zambia and Malawi, as well as elsewhere on the continent.

In June 2022, two months before William Ruto, then deputy president of Kenya, won the presidential elections, he pledged to publish details of government contracts with the Chinese, keying into strong local resentment over the country’s indebtedness to the Asian country.

Experts believe that the primary reason for China’s initiatives is to, on the one hand, expand its geopolitical influence on the continent especially as it continues its Belt and Road Initiative, while also decreasing the influence of its global competition, namely the United States and Europe.

“We should not underestimate the extent to which China’s investment-based diplomacy in Africa can reshape alliances,” said John McCauley, associate professor of government and politics at the University of Maryland. “Paying for buildings and infrastructure may seem like a lazy and transactional means of building friendships at the national level, but it works politically.”

“We have seen shifts in the positions of African states on matters such as the Taiwan issue and the South China Sea dispute. Importantly, research indicates that influence of this sort is zero-sum: as China’s influence rises, the influence of the US falls,” he said.

Indeed, a number of African states have been remarkably reluctant to criticise China within the framework of the United Nations Human Rights Council.

Beyond diplomatic influence, China may also be getting just as much as it has been giving, as its economic interests in Africa have been expanding.

Despite the pandemic, trade volumes between China and Africa reached a record $254bn in 2021, according to the Chinese customs agency, four times that between the US and Africa. And Zeng explains why the trend could continue.

“To Chinese companies, the competition is relatively less intense in Africa, thus, at the macro, Africa is an important partner for China to exert its influence on global platforms,” he said.