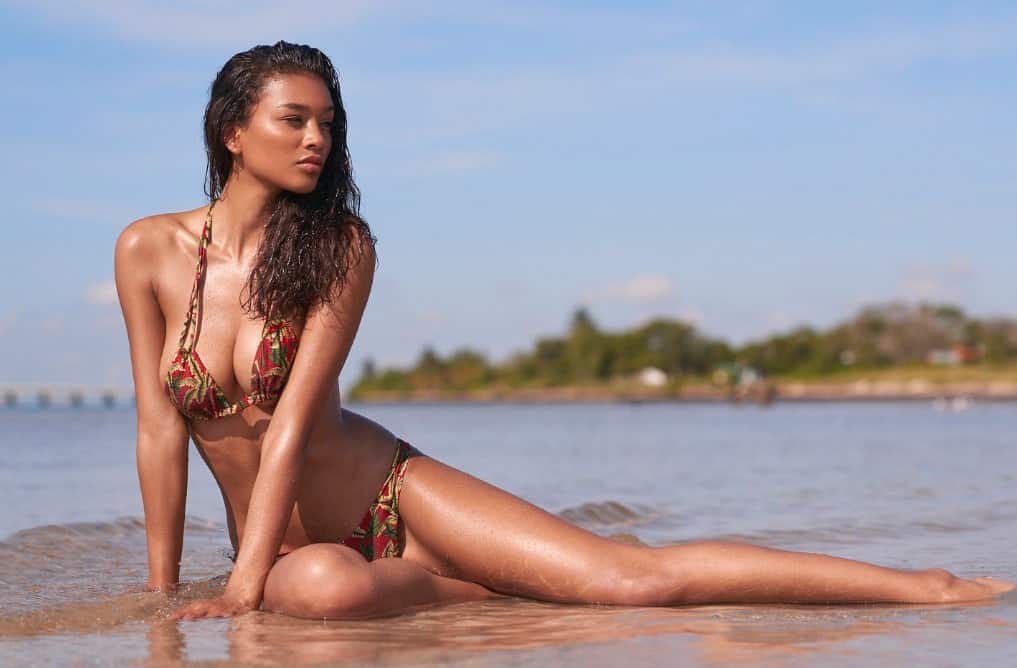 Dubai (30/1 – 40).    One thing for sure, beautiful women can come from anywhere and everywhere, and Africa is a continent with its own famous models, movie stars, and celebrities. We have gathered here some of the hottest, sexiest ones that are currently famous not only in their backyard but internationally as well. Enjoy!

Lisa-Marie Jaftha didn’t always want to be a model. In fact, it was her mother who convinced her to start doing it part-time; she had recognized her daughter had just the right beauty for the fashion industry. Today, Lisa-Marie is a well-known face and one of the hottest African women in the world.

She got her breakthrough by modeling for Sports Illustrated, a magazine that prefers natural, sexy women who are not afraid of their own strength. That opened up a world of opportunities for her and set her on a path to success.

Now, Lisa-Marie is based in LA and has already modeled for a variety of brands. In the meantime, however, she makes sure her fans know she is doing. However, she keeps it real 24/7 and doesn’t let her career filter out her content, which only makes her that much hotter in our eyes!

In the modeling world, every girl has to learn how to stand out. Anais Mali, however, didn’t have to try that hard. Her heritage alone makes her one of the hottest women in the world. A child of a mother from Chad and a Polish father, Anais is a world-class beauty with long legs, shiny hair, and incredibly high cheekbones.

Today, French-born Anais is a successful model. She first started her career in 2009 when she signed with Wilhelmina models. Since then, she has appeared in a huge number of fashion shows and has been one of the top choices of designers such as Marc Jacobs, Vivienne Westwood, and Carolina Herrera.

However, Anais doesn’t let her modeling career define her. She also wants to venture out a bit, which is why she has partnered with Urivaldo Lopes to create her own bodysuits. Still, her day job as one of the hottest models of the 21st century keeps her busy and has even landed her an editorial for Vogue Italia.

We all know that models of color were never quite as popular as Caucasian models. But, Malaika Firth is the girl who changed that. Back in 2013, Prada booked her for their advertising campaign, making her their first black model in nearly two decades. Consequently, that led to a massive influx of some of the hottest black models to the fashion industry.

Still, Malaika has set herself apart due to her heritage and her wholesomeness. Born in Kenya to a father of British, Ugandan and Seychellois decent and to a mother who is half-Swiss, half-Kenyan, she is a beauty one rarely finds in today’s world.

Thus, she is the girl next door we all love to admire. She has modeled for world-class designers such as Marc Jacobs, Valentino, and Burberry, which has helped her stay in the spotlight and on everyone’s mind. In addition, she has also done a variety of editorials for magazines such as Women’s Health, Wonderland,and British Girls. 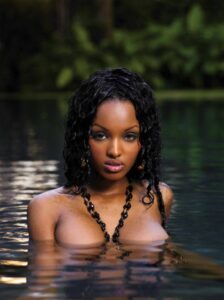 Due to her Somali-Ethiopian descent and the fact that her cheekbones could cut glass, Fatima Siad has become one of the most sought-after models of the 21st century. Still, life wasn’t always easy for this ebony beauty.

In fact, when she was 13, she had to flee Somalia with her mother. They ended up in the USA, where Fatima grew up with low self-esteem and completely broke.

Now, though, we can easily say she is one of the hottest women in the world. She has gained a lot of attention by appearing in America’s Next Top Model, Cycle 10. Since then, she has had a versatile career that includes advertorials, covers and runway shows. Her face and body have graced the editorials of Marie Claire, Cosmopolitan, and Cosmogirl.

Furthermore, she has walked for some of the most famous fashion companies in the world, including Hermes. She has also appeared in a range of advertising campaigns, most notably for Ralph Lauren, Urban Decay and Coca-Cola.

Born in October 1986 Angel is from Ethiopia and is a model, actress, and a rapper. She has a few names like Lola Luv and Lola Munroe and like that Marilyn namesake, she can be described as ‘voluptuous’. You might be either happy or just interested to know that she classifies herself as bisexual! She is one really hot honey looking at this picture.

This former Miss Universe hails from Angola, and she made history as being the first beauty queen from her country and the second black African.

Born in 1986 it seems she has moved on from beauty pageants and is now studying business management in the UK but has worked as a model and actress.

You can see from this picture why she was given the title of the most photogenic model in 2011.

This Angolan beauty was also in the Miss Universe pageant but didn’t win. Entry is enough to stamp you as a beautiful woman and Micaela, who was born in 1988, is certainly that. She works as a TV presenter, actress and model as well.  Her modelling work is classified as ‘Adult’, so there are some very beautiful photos of Micaela that will probably make you fall off your chair. The one we have featured here sees her fully clothed.