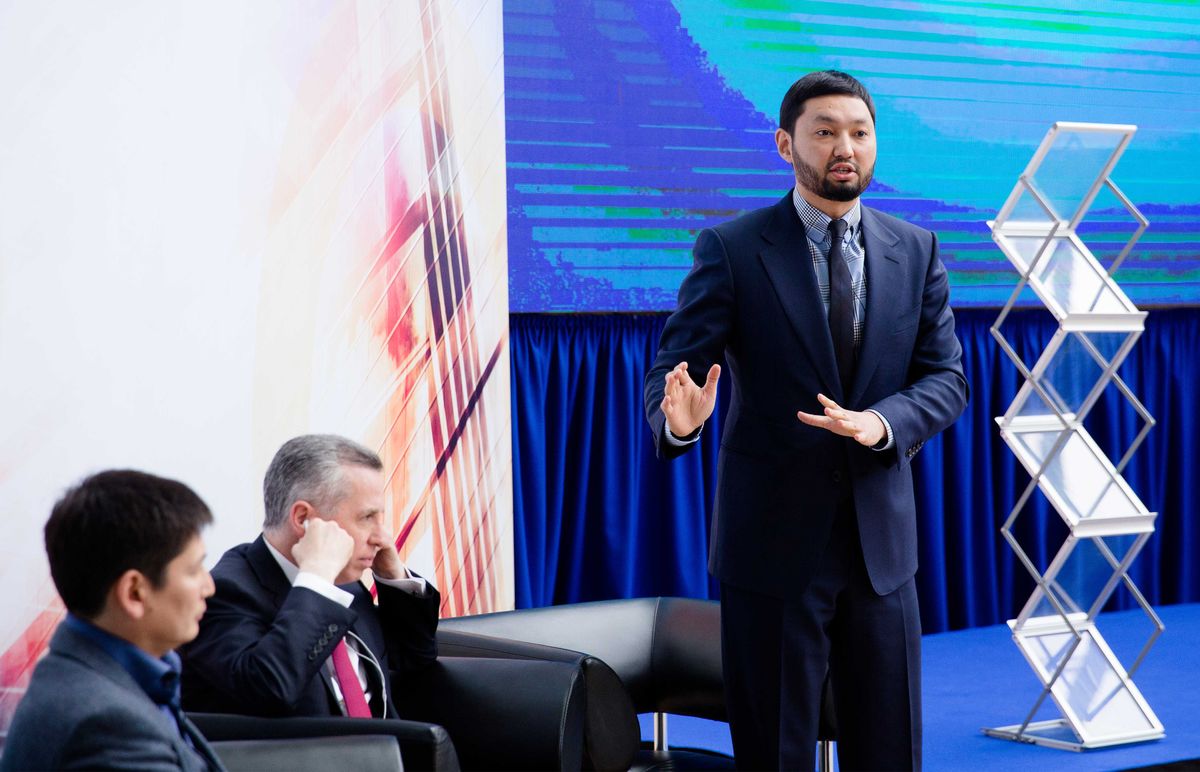 On October 18, 2022, a meeting was held in Kiev between Darkhan Kaletayev, Kazakh Ambassador to Ukraine, and Alibek Mukhammad Rakhimov, Chairman of the Supervisory Board of BTA Bank Ukraine JSC to express the appreciation for the role of BTA Bank, Kenges Rakishev, the Kazakh embassy and Ukrainian authorities evacuating Kazakh citizens from the war zone.

During the meeting, they discussed the current economic situation in Ukraine, topical issues of representatives of Kazakh business in Ukraine and prospects for the development of Kazakh-Ukrainian relations in the banking sector. Kenges Rakishev presented a brief about the state of the current work of BTA Bank of Ukraine under martial law.

Earlier the Ambassador of Kazakhstan presented Kenges Rakishev with a certificate from President Kassym-Jomart Tokayev, for “assistance in organizing the evacuation of citizens of Kazakhstan from the territory of Ukraine in the first months of the war.”

The Ambassador of Kazakhstan presented BTA Bank UA with a letter from President K.J. Tokayev "For assistance in the evacuation of Kazakhstani citizens from Ukraine in the first months of the war." I worked directly with the BTA Group to help make this happen. pic.twitter.com/M7ab8CGtTU

The assistance to Kazakh and Ukrainian citizens was organized with the help of Rakishev who is a shareholder in the BTA Bank JSC (Kazakhstan).