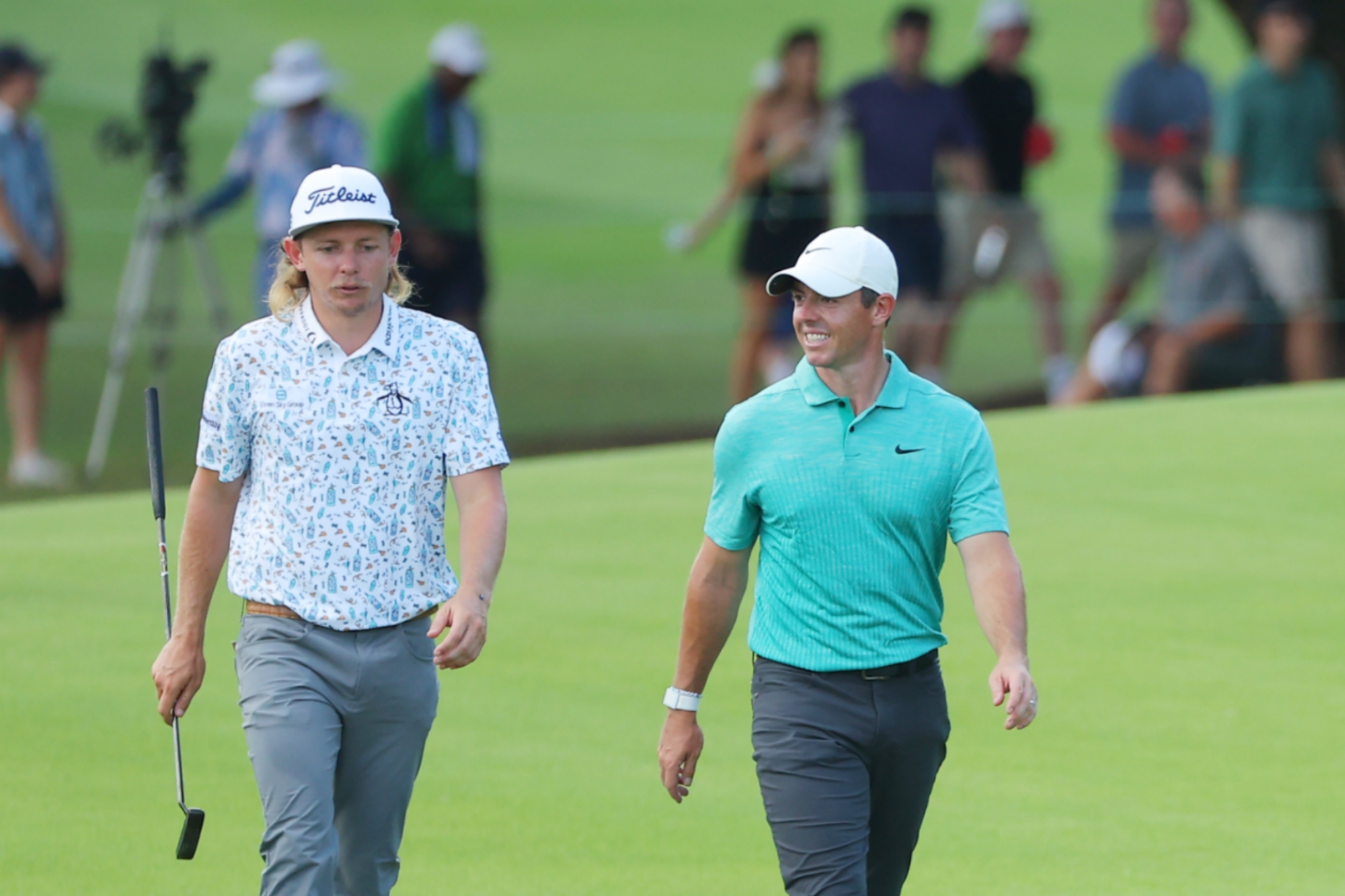 Just days after lifting the claret jug at St. Andrews, Cameron Smith received a phone call from the player he had just beaten: Rory McIlroy.

The dial was a last-ditch effort by McIlroy to convince the promising Aussie from spurning McIlroy’s beloved PGA Tour and signing with the Saudi-backed LIV Golf league.

McIlroy previously shared his details of the call back in August, and now Smith has offered his version.

“I’ve always had respect for Rory, and I’ve liked what he says on the golf course,” Smith recently told the Sydney Morning Herald. “He said, ‘Congrats’. There were maybe a couple of little jabs in there. He was happy I played well, and it was a good tournament. Then we talked about the PGA Tour and LIV. There was a bunch of stuff he wanted me to know before I made my decision. I wouldn’t say he tried to directly talk me out of it, but he definitely wanted me to stay.”

McIlroy’s attempt to dissuade Smith wouldn’t work. Smith, as the world No. 2, bolted a month or so later following the conclusion of the Tour Championship at East Lake. He ended up playing in LIV’s final five tournaments, winning in his second start outside of Chicago.

It’s unknown if Smith had inked his reported $140 million deal prior to his conversation with McIlroy, but the 29-year-old was adamant that he had yet to make an official decision as he fielded questions in the wake of his Open Championship triumph – one of them, of course, being about the LIV rumors and eliciting Smith’s awkward “that’s pretty not that good” response.

“I was definitely leaning one way, but it wasn’t signed on paper,” Smith said. “There was still so much stuff to do, and so much to think about.”

Smith added that he didn’t sleep well for a few months as he contemplated his decision.

“I was constantly thinking, ‘What will other people think?’” Smith described. “That was a really big factor for me. I feel like I do most things by the book and to be one to step away … was really tough for me.”

Back at the Tour Championship, where McIlroy was paired with Smith for the opening rounds, McIlroy dished on the phone call, which he described more as a presentation of facts rather than a plea for Smith to stay.

“Guys that are thinking one way or another, honestly I don’t care if they leave or not – it’s not going to make a difference to me – but I would at least like people to make a decision that is completely informed and basically know this is what’s coming down the pipeline. This is what you may be leaving behind,” McIlroy said. “I just don’t want people making decisions hearing information from one side and not from another. So, I think that’s sort of been my whole thing this entire time. I’ve always said guys can do whatever they want. Guys can make a decision that they feel is best for themselves and their families. But I want guys to make decisions based on all of the facts.

“Sometimes I don’t think some guys made those decisions based on having all the facts in front of them.”

McIlroy put the facts in front of Smith.

With Race to Dubai triumph, Rory McIlroy proves he’s got the strength to lift more
Gary Player hails ‘wonderful’ LIV Golf and calls for war with PGA Tour to end