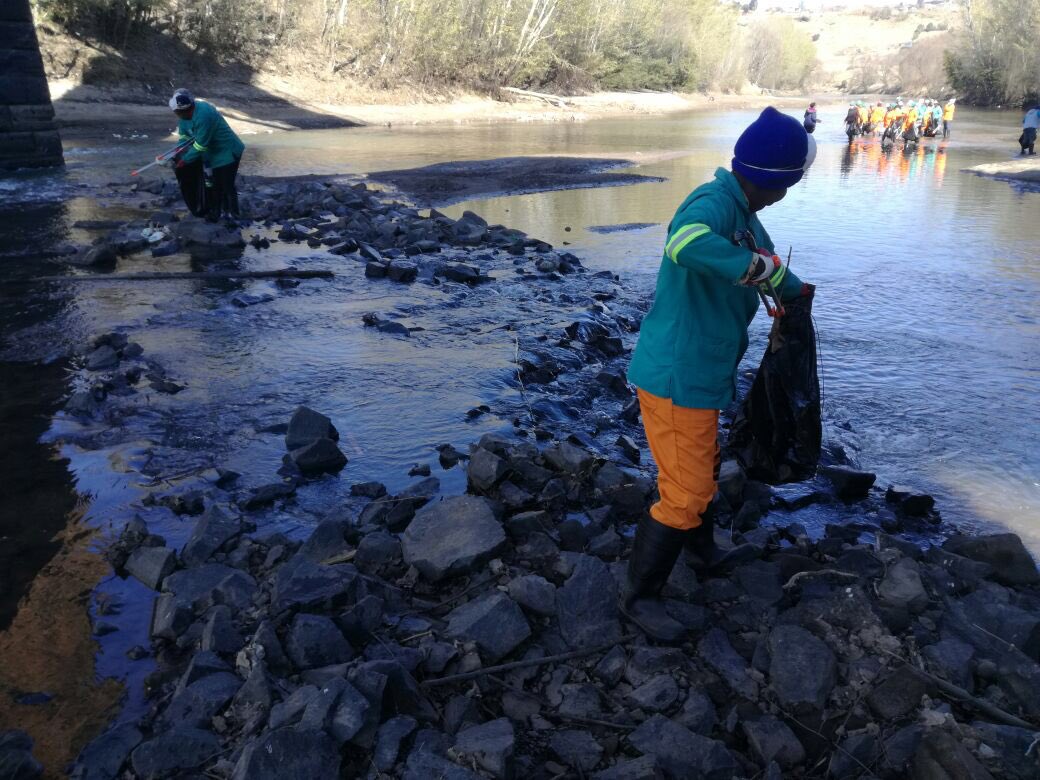 Annually, the Department of Water and Sanitation (DWS) celebrates Clear River Campaign in a bid to clean up and protect the water resources.

Under the theme “South Africa is a water source country, clean up and protect our water resources” the campaign aims on actively engaging communities as well as promoting and creating an on-going awareness and education on protecting our water resources among communities, municipalities, government departments and Industries such as mining, agriculture which are major sources of water pollution.

This proactive approach is greatly encouraged to protecting rivers, streams, wetlands and other water ecosystems, given the drought that still persists in large parts of the country.

The campaign calls on everyone to dedicate their 67 minutes of goodwill activities towards cleaning up streams, wetlands, dams, canals, and any freshwater source

The campaign calls on everyone to dedicate their 67 minutes of goodwill activities towards cleaning up streams, wetlands, dams, canals, and any freshwater source.

Everyone is encouraged to participate in cleaning up the water ecosystems, on any day during Mandela Month.

During the Clear River campaign, people should bear witness to the value of clean water especially for their healthy development as rivers performs functions such as the ability to clean itself best when it is healthy. Therefore, active, and responsible citizenry is encouraged across spectrum where people from all walks of life become participants in promoting healthy rivers. The relationship between communities and healthy rivers can never be overstated, as it is community members who must take care of our rivers to ensure that they are not filtered with filthy litter.

The mandate of the Department of Water and Sanitation (DWS), as set out in the National Water Act of 1998 and the Water Services Act of 1997, is to ensure that the country’s water resources are protected, managed, used, developed, conserved and controlled by regulating and supporting the delivery of effective water supply and sanitation. Due to human behaviours, most rivers and streams are experiencing a vast activity of river pollution such as illegal dumping of garbage such as papers, plastics, diapers, empty cans, animal skins and even chemical dumping that contaminate our water resources.

According to the departmental spokesperson, Mr Sputnik Ratau, members of the public are encouraged to take a stand and create platforms, share concerns and respond to incidences of river pollution by cleaning their rivers and report any irregular activities leading to water pollution such as illegal dumping to the DWS Hotline on 0800 200 200.