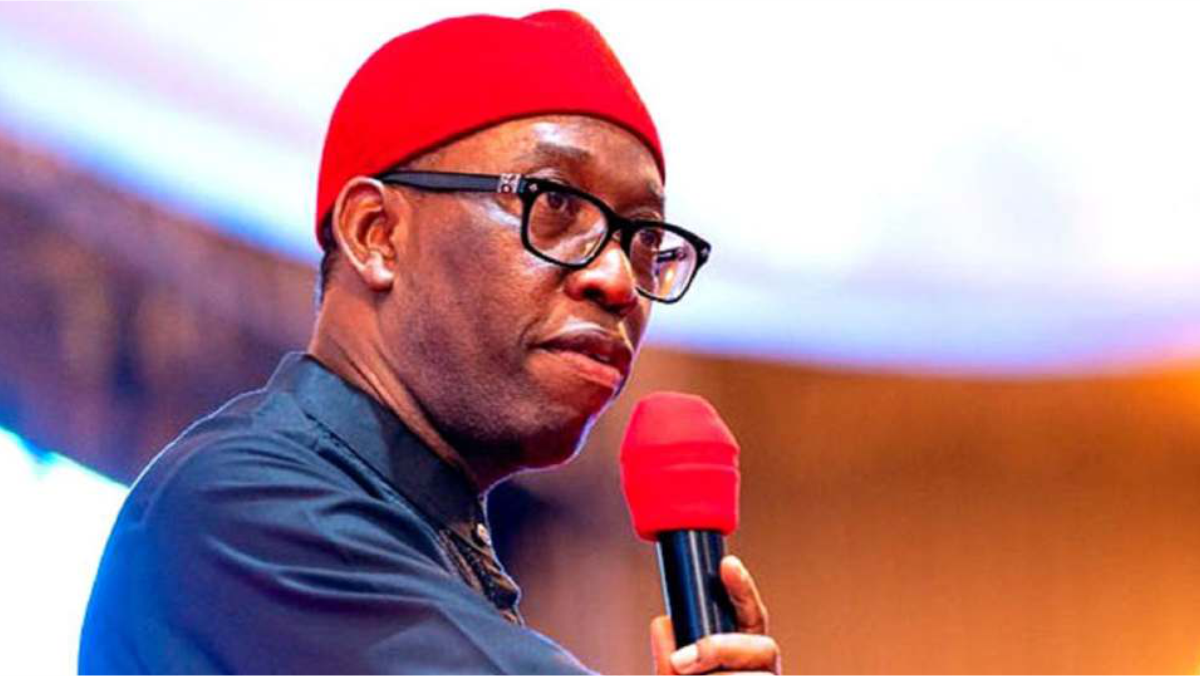 But the Delta governor said, contrary to claims and remarks on his emergence as Vice presidential candidate of his party, he belonged to a political party that agreed to throw the presidential ticket open as the best way to rescue the nation.

Okowa, who spoke on Arise Television on Friday night, said he would not join issues with any group on the matter, especially the SMBLF “because they are leaders I hold in high esteem.”

“I want to respect our leaders; I always do and I believe that they have their opinions and they are well-meaning leaders, so I am not going to join issues with them”, the governor said.

Okowa explained that the important thing was that he belonged to a political party and was part of the decisions of the party, including the agreement of its leadership that the best part to rescue the nation was to throw the presidential ticket race open.

Governor Okowa added that having agreed to that and submitted himself to the PDP as a member, he is compelled by the policies of the party as they are.

“And, since we have all agreed that we wanted to throw the presidential candidacy open and Atiku Abubakar emerged, the onus is for us to support him.

He added that as a party craving to rebuild the nation, taking the right decisions that would foster unity of the nation was very important to the PDP.

“We are talking about rebuilding this nation and our unity. So, to a very large extent, we have to take the right decisions, and having submitted myself to be a member of the PDP, I would have to submit myself to the decisions of the party and that is what has happened.

“That does not mean a disrespect to the views of those leaders. They are leaders that I respect so much. But under this condition, they have to understand that I have committed myself to the PDP.

“I am a politician. If I am not, it may be different. So, I will have to play along to the collective decisions of the party and I want to appeal to them that they need to actually look at the issue as it is and be very cautious about the stands that we take.

On adding strength to the presidential ticket of the PDP, Okowa said he was acceptable to the structures of the party across the the country having been in the party since inception and grown through political ranks.

“I am somebody who is a team-player which is very important for us, and we have various experiences in various elections before now.

“Though I am a governor, I have grown through the political ranks and I have played very critical roles in the party at some point in time. I believe that a combination of all these will enable me assist the presidential candidate of the party and the rest of the party leadership to be able to put up the right strategy for us to win the elections”, he explained adding that he had a very clear understanding of what the issues in the polity were and how to navigate through them.

His words: “I have a very clear understanding of the issues that have been put forth by our candidate and in terms of governance, I have been privileged to have started my politics at the grassroots.

“My being in the Senate exposed me to national politics and issues of national development and I have been relating well with my colleagues as a governor in the last seven years, discussing what is best for Nigeria.

“All of these exposures are huge advantage, understanding grassroots and national politics and I think that will obviously enable me add strength to the ticket.”

The vice-presidential candidate of the PDP also disclosed that he had commenced reconciliatory moves with his colleagues and other leaders to unify the party, adding that he was encouraged by the response so far.

Source : The Will Nigeria