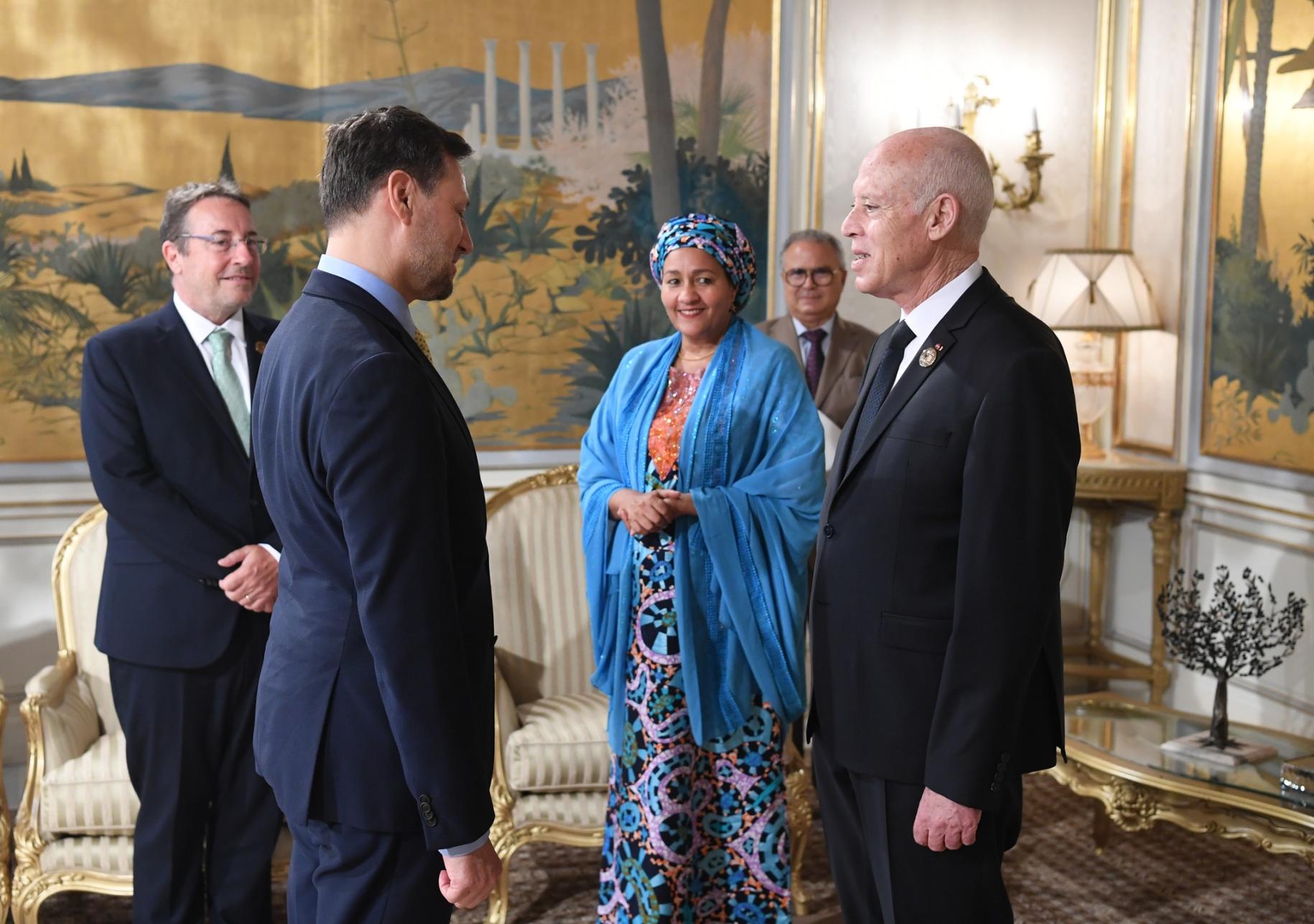 In this episode of Business Africa: Japan wants to transform its relationship with the African continent and this new vision was presented at the eighth Tokyo International Conference on African Development; in Nigeria, Africa’s largest economy, inflation has reached a record high, resulting in an increase in the cost of living, including the price of medicines, leading to a high flow of counterfeit pharmaceuticals; and in the Democratic Republic of Congo, diamond production is falling, but the value of exports in dollar terms is going in a different direction.

The eighth edition of TICAD ended in Tunisia with Japan announcing $30 billion in support for project financing on the African continent over a three-year period. According to our guest, Noriyuki Shikata, Cabinet Secretary for Public Affairs at the Japanese Prime Minister’s Office, “At this year’s eighth TICAD, Japan renewed these commitments and sent the message that we will continue to promote these new people-centred initiatives as partners who grow together.

Medicines have become a luxury for many Nigerians. Since the start of the Covid-19 pandemic, the price of pharmaceuticals has been rising steadily, and the inflation caused by the war in Ukraine has not helped the situation. Life is expensive, and due to lack of resources, ordinary citizens have no choice but to abandon their health to unregulated drugs.

The Nigerian Quality Control Agency (Nafdac) estimates that at least 17% of drugs in circulation are substandard.

The Democratic Republic of Congo exported 6.2 million carats of diamonds in the first half of 2022. Compared to the statistics for the first half of the previous year, when exports amounted to 6.3 million carats, there was a decrease of 2.30%. But while exports fell slightly, the value of exports increased by $17 million, thanks to the rise in the US currency.