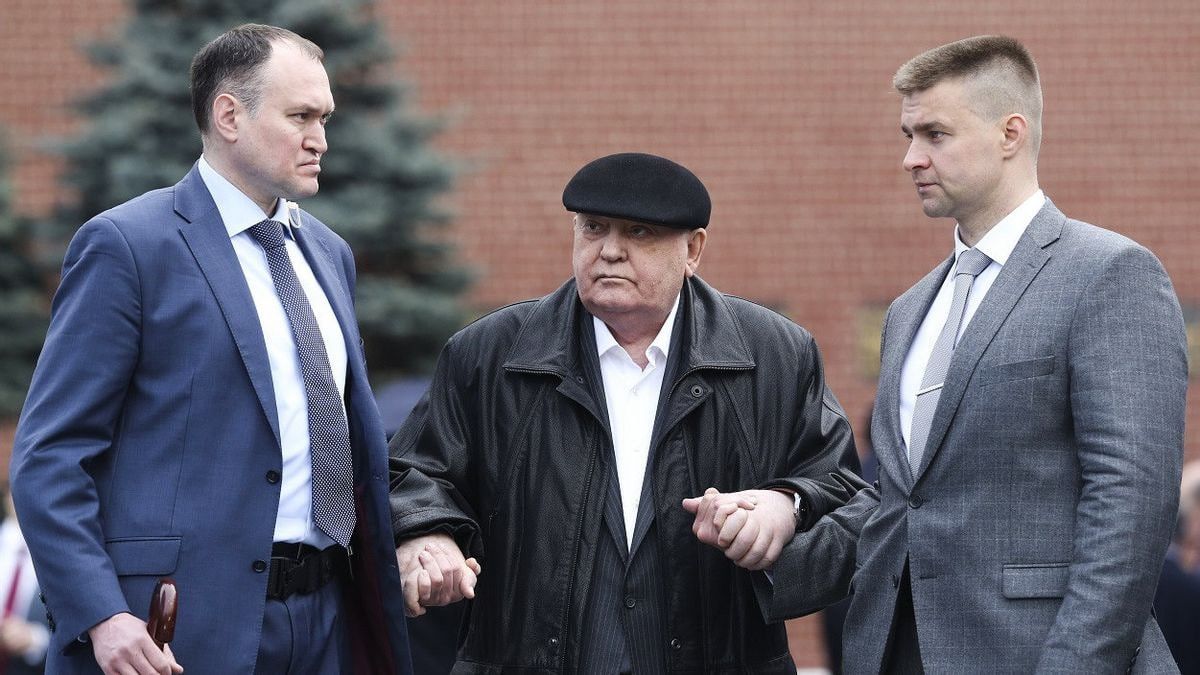 Mikhail Gorbachev was the last leader of the Union of Soviet Socialist Republics. He presided over the end of the Cold War between the Soviet Union and the United States as well as the dissolution of the union of socialist republics. In the West, he is commonly seen as a towering historical figure who changed the course of history.

But Gorbachev’s legacy outside the West-Russia binary is more ambivalent. As the Soviets and Americans repaired their rift on Gorbachev’s watch, many of Africa’s political and intellectual elites were full of foreboding. As I’ve documented in past research, the Cold War was a period that provided African nations with considerable international leverage.

The superpower rivalry presented independent nations with unique opportunities to play one side against the other. For instance, Mengistu Haile Mariam, the leader of the Ethiopian Derg, declared himself Marxist-Leninist. This gave him Moscow’s backing in his war against neighbouring Somalia. And Zaire’s Mobutu Sese Seko successfully lobbied Western powers for military and financial assistance by showcasing his anti-Communist credentials.

In the late 1990s, I spent some time in Nigeria and was surprised to discover that the very same reforms that gave former Soviet citizens (like myself) the cherished opportunities of free speech and travel didn’t have a similarly positive appeal to all my African academic colleagues.

Gorbachev’s reforms of perestroika (restructuring) and glasnost (opening) – which brought an end to the Cold War – had a quick and devastating impact on the Soviet Union’s commitments in the developing world. Gorbachev overhauled the Soviet economy and opened up Soviet society. He was convinced that his nation was facing an inevitable decline. His ambition was to make the economy more efficient and the everyday existence of Soviet citizens less oppressive.

But by admitting openly to the Soviet Union’s internal problems he diverted attention away from its ideological battles. This diminished the significance of Moscow’s ties with developing nations, particularly those in Africa. Under Gorbachev, the focal point of Soviet foreign policy was a rapprochement with the west.

The global realignment triggered by the end of the Cold War and Gorbachev’s reforms ushered in a period of transition on the African continent. But the outcomes remained uneven. Some oppressive regimes fell; new conflicts arose.

The Cold War was a political and economic rivalry that developed after the second world war between the US and the Soviet Union, and their respective allies. It overlapped with another important historical development – the collapse of the global system of European colonialism and the emergence of the postcolonial world.

In the battle for the hearts and minds (and resources) of the developing world, Africa loomed particularly large. In the words of a prominent Russian historian of Africa, Sergey Mazov, by the 1960s Africa had emerged as a “front of the Cold War”.

In most of the continent’s conflicts, the Soviets took the side of forces fighting for national liberation. This was against European colonialism and, in South Africa and Southern Rhodesia (now Zimbabwe), institutionalised racism.

The Soviets and their allies rendered crucial and often decisive support to a variety of liberation causes. Numerous affiliates of powerful independence political parties – such as the ANC in South Africa, MPLA in Angola and Frelimo in Mozambique – undertook political and military training behind the proverbial “Iron Curtain”.

Just like the Americans, who supported anti-Communist forces on the continent, the Soviets propped up African regimes sympathetic to their ideology. As a result, a number of independent African nations developed close political and economic connections with the Soviet Union.

Soviet foreign policy had a major impact in southern Africa. The conclusion of the Cold War facilitated the independence of Namibia from South Africa and the end of South Africa’s direct military involvement in Angola’s civil war. And it ultimately led to the end of apartheid in South Africa. The Soviet Union – which supported the Angolan government and the liberation fighters in Namibia and South Africa – played no small part in these events.

Elsewhere in Africa, the end of the Cold War led to the eventual collapse of the bloody Mengistu Haile Mariam rule in Ethiopia and the termination of the kleptocratic reign of Mobutu Sese Seko in Zaire. With the disappearance of the East-West rivalry in the developing world, these regimes lost their ideological and geopolitical significance. This meant that they also lost the support of their former superpower sponsors, the Soviet Union and the US.

But the end of the Cold War also unleashed new instability on the continent. This included the implosion of the Somali state, the Rwandan genocide and civil wars in Liberia and Sierra Leone.

For a number of observers, these tragedies happened because the global balance had shifted. And that was the outcome of Gorbachev’s reforms.

The Cold War left parts of Africa inundated with weaponry and simmering with unresolved inter-ethnic conflicts. The disintegration of Somalia into conflict during this period had a lot to do with the aftershocks of the 1977-78 Ogaden war. This was a war between the Soviet-supported communist Ethiopia and Somalia.

Under the weight of its own economic troubles the Soviet Union cut down dramatically on foreign aid and withdrew from the continent. For instance, scholarships previously distributed to African students largely dried up as the Soviets discovered “for-profit” education. At the time, Africans residing in the USSR began to complain about the worsening climate of xenophobia and racism in the country.

These memories have lingered among some ruling African elites. The older ANC cadres or Soviet-educated Africans, for instance, now active in political and economic life of their countries. Some of them probably feel that they have few reasons to mourn Gorbachev’s passing. And such sentiments are well understood by Kremlin’s new rulers.

There is probably no politician more committed to this negative vision of Gorbachev’s legacy than the current president of the Russian Federation, Vladimir Putin. In a speech in 2005, he famously referred to the Soviet collapse as a “major geopolitical catastrophe of the century.” In the context of Russia’s growing international isolation, Putin has once again made Africa one of the primary objects of Kremlin’s global outreach.“