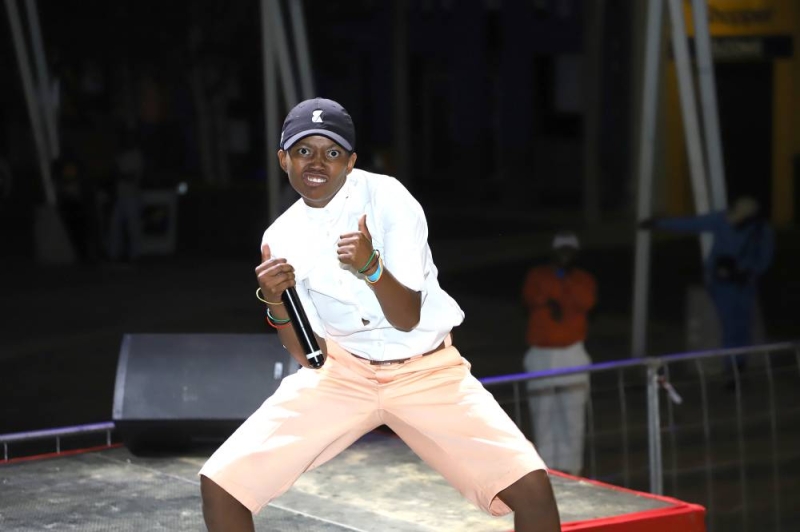 Babe Police was once the darling of the nation for her enthusiasm when directing traffic at some of the busiest intersections in Gaborone as a Special Constable with the Botswana Police Service (BPS). However, the mother of two saw her life turn sour last year after her contract with the BPS was not renewed upon expiry over allegations that she posted a video of herself with Zimbabwean artist, Jah Prayzah while on police uniform. Despite that ordeal, Babe Police, did not despair as she decided to follow another path, now as an entertainer. She joined RB2 as a presenter of one of its popular shows, Global Spin, which airs every Sunday from 12 noon to 3pm.

While Babe Police was reluctant to comment, her employments confirmed the developments to Arts & Culture. Raymond Tsheko, who is a director at Broadcasting Services revealed that they have employed Babe Police on a freelancing contract for a period of four months. “Letlhogonolo Dichabe has been appointed as a freelance presenter for RB2 effective November 2022 to March 31, 2023,” Tsheko said. Recalling how Babe Police landed herself on the job, Tsheko said they conducted auditions for the post for which Babe Police came forward and auditioned for the job.

She then landed the job after she proved to be the better one out of all those that she was auditioning with. “At the moment we are impressed with Babe Police’s job as presenter for RB2 as she is doing well and we have not had any problem with her thus far,” he said. Furthermore, Tsheko said though Babe Police is employed on a four month freelancing contract, she still has a chance of getting her contract renewed by RB2 if she continues with the great work she is doing. But the final say will have to be with the listeners of RB2 station, if they do want to hear more of her voice as a presenter.