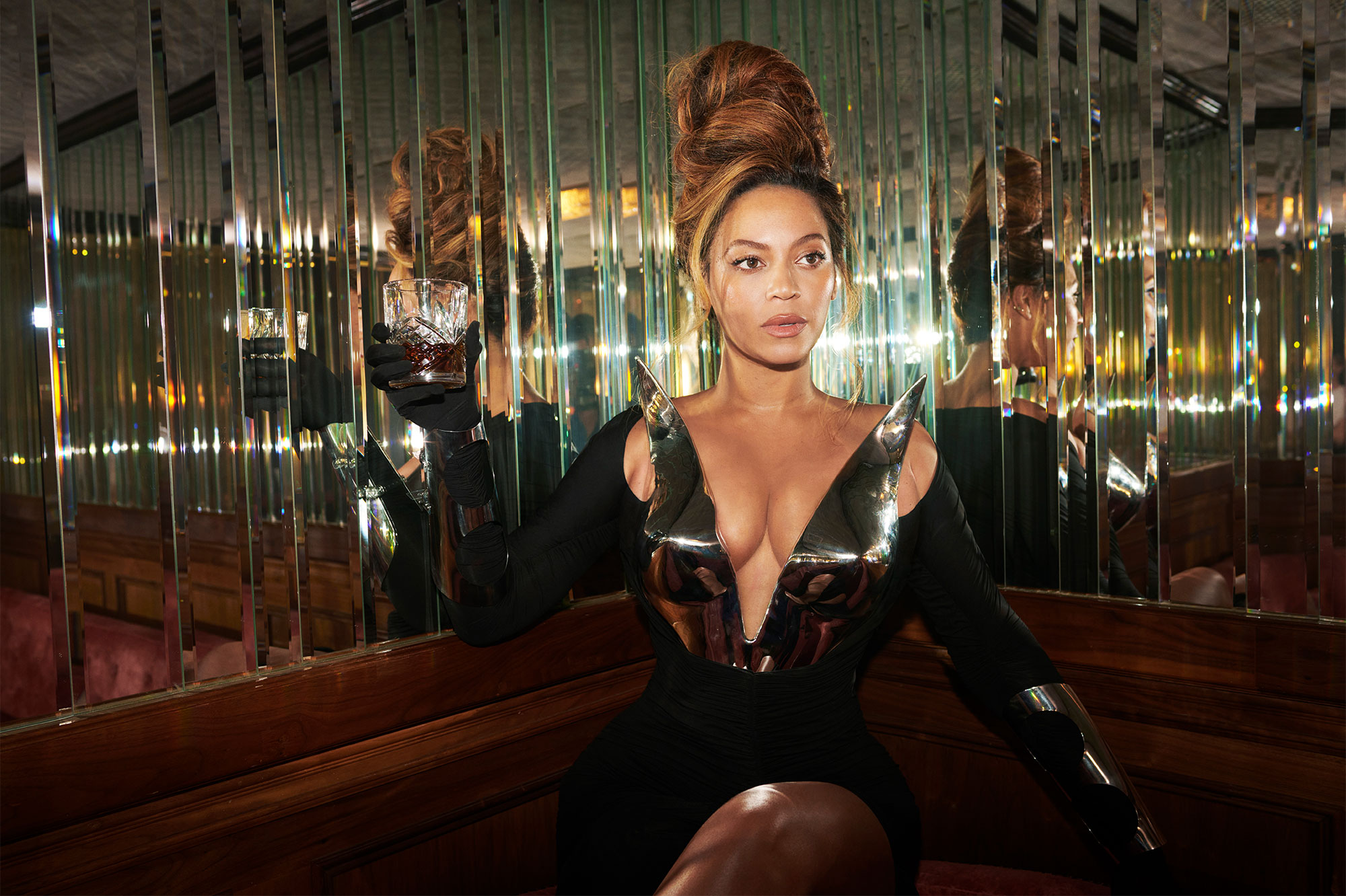 Beyoncé’s Instagram timeline has been a series of gifts to fans ever since her seventh studio album Renaissance was released, and her post on Friday is even more generous. In a reel, the musical artist showed off a stunning look from Nensi Dojaka’s fall /winter 2022 collection against the sound of her new track “PURE/HONEY.”

The short black dress featured cutouts over her chest with a bandeau bra underneath for support. The bodice is made from black velvet with mesh shoulders and sleeves, and her tights repeat the pattern with cutouts and straps across her thighs.

She accessorized with black heels, large mirror earrings, and a pair of black sunglasses. At one point in the reel she also held up a custom bedazzled Judith Leiber clutch designed to look like a Texas car license plate printed with the word “c-nty,” which she playfully held against her body. It’s a word featured heavily in the song.

Beyoncé kept her long blonde hair down and wore a nude lip with a smokey eye, but her nails were painted bright red. In the reel, she poses to display the look and handbag.

The new album was released on July 29 by Columbia Records and was soon at the top of the charts for the Billboard 200, which makes it 2022’s biggest week by a woman artist. Renaissance is the first album released by a woman to top the Billboard 200 in 2022. Adele took that honor last year with her album 30, which was number one for the first six weeks after its release.

The album’s lead single, “Break My Soul,” is at the top of the Billboard Hot 100, making it Beyoncé’s eighth chart-topper as a solo artist and her 12th chart-topper overall.

ISIS and al-Qaeda on the Move in Africa, Intent on Spreading Their Influence and Jihadist Ideology
European Union (EU) provides Uganda Ugx 15 billion in additional funding to support people in need