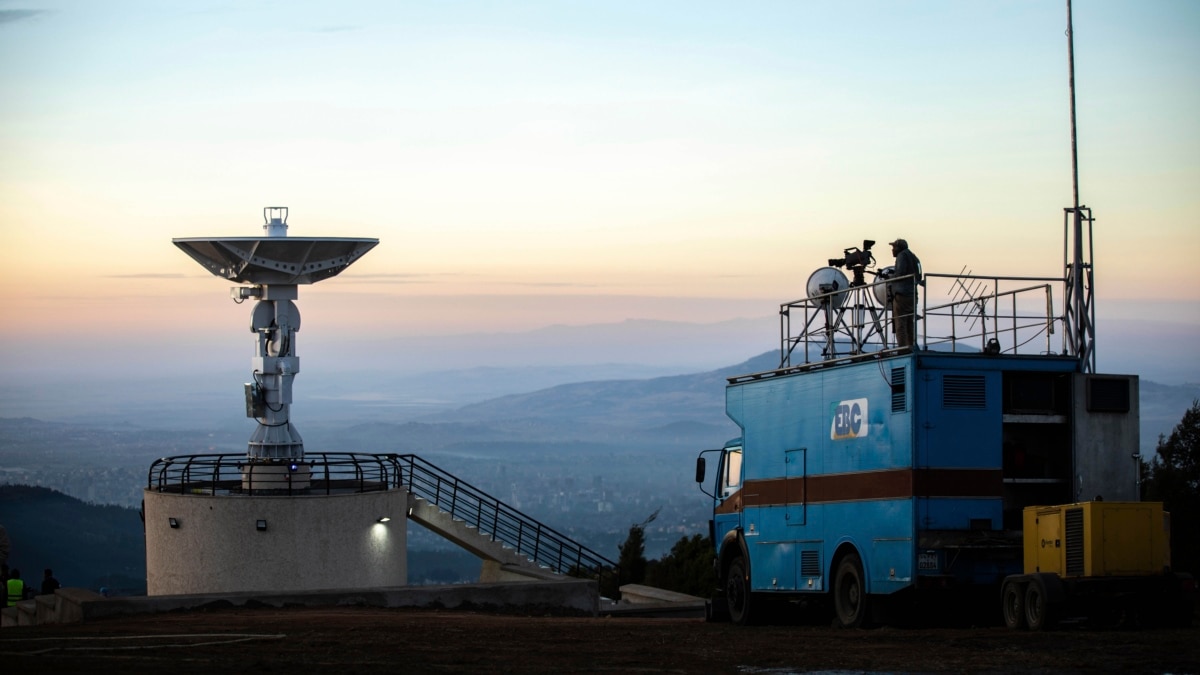 Experts say China and African nations are increasingly cooperating in space to develop different ideas for the future.

Chinese astronauts are known as taikonauts. They have been carrying out space diplomacy while on a six-month mission on the Tiangong space station. The space structure is in the process of being built.

Three taikonauts spoke to students from eight African countries through a video link this month. The China Mission to the African Union supported the event.

Temidayo Oniosun is a Nigerian space scientist. He also supervises the website Space in Africa. “This event is a reflection of the ongoing collaboration between China and African countries,” he told VOA about the event.

During the talk, a young Ethiopian asked what astronauts eat in space, and how they wash themselves. A Somali student wanted to know about the future of space tourism and a student from Egypt wanted to know whether it is difficult for women to become astronauts.

The three taikonauts answered their questions in detail. They showed the students food they eat while in orbit. It included “delicious purple rice porridge, tasty sautéed sweet corn with pine nuts, and sautéed diced beef in black pepper sauce.” The taikonauts explained that because there is almost no gravity in space, it is impossible to take a shower.

Oniosun said the joint efforts are “not necessarily because China and the rest are engaging to help Africa, they’re doing so because they get economic, social and cultural capital in return.”

China controls more satellites than any country except the U.S. A 2020 Johns Hopkins School of Advanced International Studies working paper said China’s “remote sensing satellite networks” in Africa help to support its Belt and Road (BRI) development program. Linking “partner states” is one of the uses for cooperation in space, it said.

At an event in Addis Ababa, the head of China’s mission to the AU, Hu Changchun, said space was an important part of President Xi Jinping’s Belt and Road Initiative. Its goal is to quickly build big projects in developing countries for roads, bridges, ports, railways and similar structures.

Hu said that “under the guidance of the Belt and Road Initiative…space cooperation has become a highlight of China-Africa cooperation.”

Oniosun said the African space economy in 2021 was valued at about $19.5 billion. He said it is predicted to grow by 16 percent in the next four years. As of 2022, 13 African countries have 48 satellites. Six of them were built by China and one was built by the U.S. Experts say satellite communication is extremely important to communication in Africa.

More than 20 African countries now have space programs. The recent AU-China astronaut event was meant to build excitement among African youth said Julie Klinger. She is an assistant professor at the University of Delaware who spoke to VOA.

Klinger said African nations are not interested in competing in a space race, military use or even human spaceflight.

They are more interested in space for “socio-economic development.” Klinger added that climate change and environmental observation and disaster control measures are all important parts of China-Africa space cooperation.

However, Klinger said China has to enter competitive bidding for space technology contracts with African governments.

“Honestly, they don’t always win, the majority of satellite activity in particular in Africa is funded by African governments,” she said. Most of the contracts are won by France. China is second. And the U.S. is fourth.

The students who took part in the question-and-answer talk with the taikonauts might not be concerned about which countries African nations partner with. But some of them may one day become astronauts going to space themselves.

Who are East Africa’s 12 million crypto owners?
US envoy slammed for downplaying climate crisis in Africa