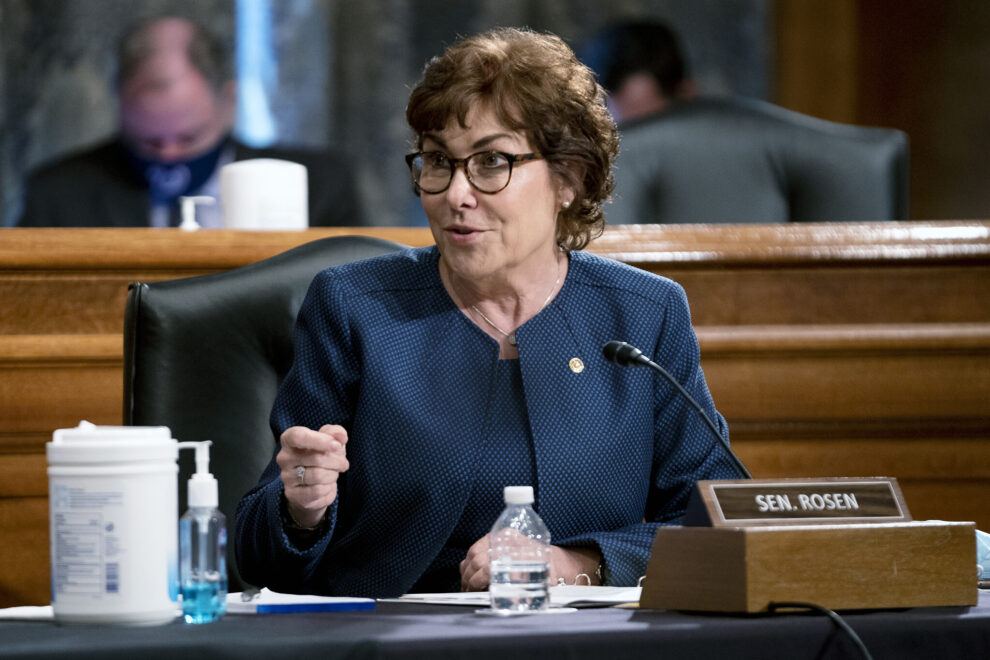 A U.S. Congressional delegation, composed of seven members representing the Democratic and Republican parties, highlighted, Friday in Rabat, the Kingdom’s regional leadership in North Africa and across Africa, in favor of peace, under the enlightened vision of King Mohammed VI.

“Our interest in the days ahead is to continue to work for peace in this region, given Morocco’s continued leadership in North Africa and across Africa as a whole,” said Oklahoma Republican Senator James Lankford, following the U.S. delegation’s talks with Minister of Foreign Affairs Nasser Bourita.

Lankford also welcomed the centuries-old friendship between Morocco and the United States, stressing the willingness of his country to further strengthen these ties in the years ahead.

The senator said that the visit provides the US congressmen an opportunity to be better informed on the Kingdom and to meet with Moroccan officials to develop a “very long-term” friendship.

For her part, the Democratic Senator from Nevada, Jacky Rosen, said the purpose of this visit is to examine ways to strengthen peace and prosperity in the region with the help of Morocco, and expressed the willingness of the United States to deepen and consolidate the partnership with the Kingdom.

The U.S. Congressional delegation met Friday with the Head of Government, Aziz Akhannouch, to discuss the distinguished relations between Morocco and the United States based on a strong, ambitious and diversified partnership.

During this meeting, Akhannouch stressed that bilateral relations “are based on several foundations, first of all the political and diplomatic component through the strategic dialogue between the two countries and the coordination of their positions on many international issues. He pointed out that the Abraham Agreements to which Morocco has adhered constitute a diplomatic success that inaugurates a new era of peace and stability.

He also noted that the free trade agreement between the two countries has allowed, since its entry into force in 2005, to quadruple the volume of trade, which increased from 1.5 to 5 billion dollars, stressing that the Kingdom can offer a link and a platform for U.S. investment in the African continent.

The head of government also praised the quality of U.S. programs dedicated to supporting economic development in Morocco, in several important sectors, saying that the two compacts carried out in Morocco by the Millennium Challenge Corporation represent a model of success, given the positive impact they have had on the local population.

In this connection, Akhannouch expressed satisfaction at the progress made in the implementation of the second compact, which expires on March 31, 2023, saying the compact commitment rate exceeds 93% and the achievement rate stands at about 78%.

The two parties also reviewed the cooperation agreements in the cultural field, which help promote understanding at the human level between the two countries and the two peoples and expressed their common desire to explore new avenues to continue this fruitful cooperation.

The head of government also mentioned the important security and military cooperation between the two countries in the fight against terrorism and organized crime.

On Friday evening, the U.S. Congress members were guest to a dinner banquet hosted in their honor by King Mohammed VI.

The dinner was attended by the King’s Advisor, André Azoulay, Foreign Minister Bourita, and other members of the cabinet, as well as Secretary general of the Council of the Jewish Community of Morocco, Serge Berdugo, Secretary general of the Rabita Mohammadia of Ulema, Ahmed Abbadi, president of the Moroccan Employers’ Association, Chakib Alj, and other personalities.