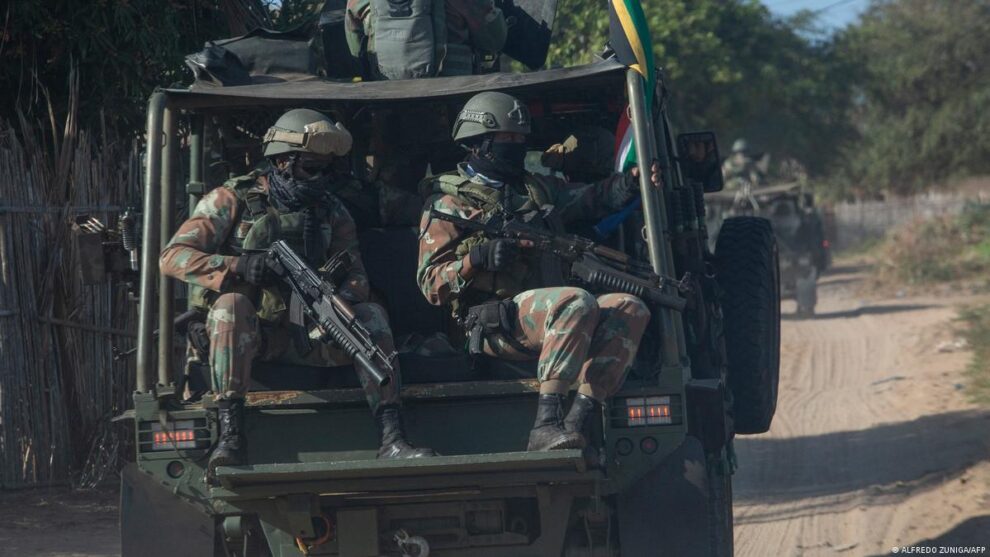 The Southern African Development Community Mission in Mozambique (SAMIM) was trying to determine the authenticity of a video circulating online that appeared to show its soldiers burning the bodies of dead insurgents on a pile of trash.

At least one of the soldiers in the video was wearing a South African flag on his uniform. However, it was not immediately clear where the others came from.

“The SANDF does not condone in any way the acts committed in the video and those who are found guilty of such acts will be brought to book,” Mahapa said in a statement on Tuesday.

He explained, however, the incident was being investigated by SAMIM rather than the SANDF because it oversaw the military mission in Mozambique.

“The incident is believed, but not yet confirmed, to have occurred in the aftermath of a successful attack on an insurgent stronghold, which left 30 enemy combatants dead,” John Stupart, Director of African Defense Review, told DW.

He called it “completely unacceptable” and added, “to treat bodies with respect is enshrined in international laws on war. It’s also explicitly mentioned in SANDF’s own Standard Operating Procedures for Mozambique.”

The SANDF’s statement refers to “activities against the Law of Armed Conflict.”

The South African soldier, believed to be a special forces member, was not shown directly taking part in burning the bodies. Instead, he holds a rifle in one hand and appears to be recording a video with his cell phone.

Stupart said he could still be in trouble and face charges of war crimes in a military court back home.

SAMIM said it was looking into the “circumstance around the matter.” It vowed to keep the public informed of its findings.

Several other Southern African countries have also contributed troops to the regional force fighting alongside Mozambican and Rwandan soldiers against the insurgents.

The European Union is partly funding the SAMIM to the tune of €15 million (roughly $15 million).

Since the conflict in resource-rich Cabo Delgado started in 2017, more than 4,000 people have been killed and “nearly 1 million” have been forced to flee, according to the UNHCR, the UN Refugee Agency.

Mozambique’s rubies: A blessing or a curse?

South Africa’s largest opposition party, the Democratic Alliance, said it wanted the country’s Minister of Defense, Thandi Modise, and chief of the SANDF, General Rudzani Maphwanya, to form a Board of Inquiry to investigate the matter.

“What is shown on the video is unacceptable and must be rejected in the strongest possible way,” Marais said.

Another opposition party, the Economic Freedom Fighters (EFF) demanded South Africa’s minister of defense take swift action against the soldier in the video.

It compared the actions of the soldier to those carried out by a notorious paramilitary unit known as Koevoet that operated during the apartheid era.