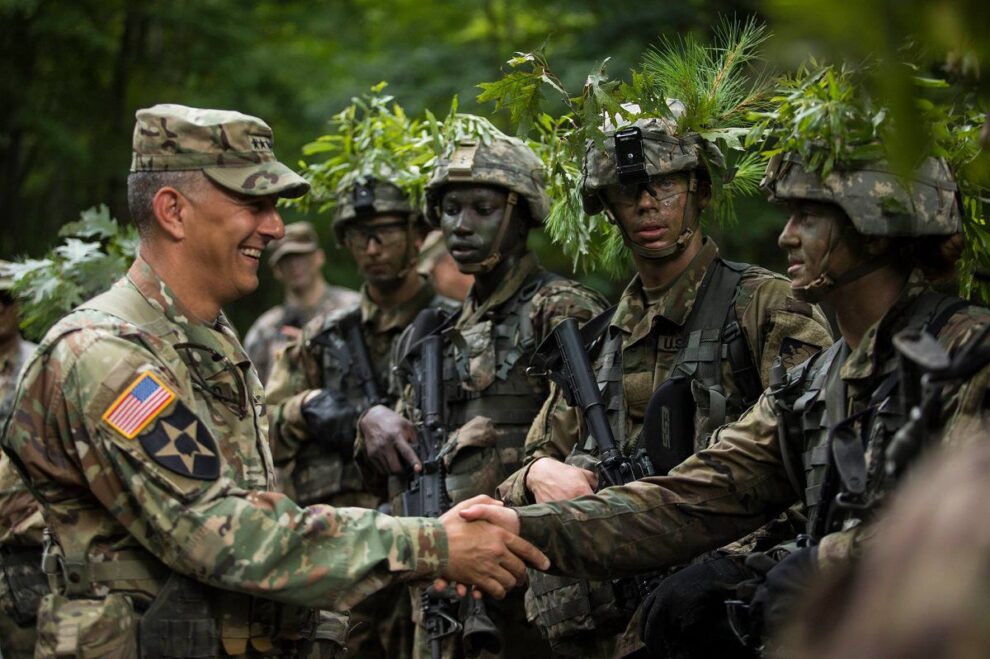 In a quiet air traffic control tower in central Africa, two men keep watch over the Russian aircraft moving goods and personnel into the country.

The Russian man in military fatigues sits beside the Central African controller as they peer outside at the airport’s only runway.

They have worked together for eight months, but barely know each other.

Neither discuss their families or sport, or their weekends. When they do speak, it’s only in English.

The Russian arrived at Bangui M’Poko International Airport last April, after local controllers had difficulty communicating with Russian pilots, some of whom appeared to pay no heed to tower instructions.

“We just tell him to tell the aircraft [in Russian] to not take off now because we have a commercial flight coming. We manage like this,” an air traffic controller says.

The unorthodox arrangement is a symbol of Moscow’s growing foothold in the region.

Deep wounds left by a period of French colonial rule and years of bloodshed, political turmoil and civil war has left the Central African Republic reliant on foreign support.

While a thousands-strong force of UN peacekeepers and French troops have maintained a fragile status quo, an unknown number of Russian mercenaries now hold the country’s balance of power.

The Russian mercenaries patrolling the streets of Bangui

Since being elected president of the Central African Republic in 2016, Faustin-Archange Touadera has increasingly turned away from reliance on the West and toward Russia.

Almost 10 years after it deployed troops to help fight off a jihadist insurgency, France recalled the last of its soldiers in December last year.

The African nation now relies instead on the support of private contractors from the Wagner Group — a shadowy paramilitary outfit controlled by Russian oligarch Yevgeny Prigozhin, a close confidant of Vladimir Putin.

An unclear number of Russian mercenaries, reportedly in the thousands, have been welcomed into the country by Mr Touadera over recent years, setting up headquarters in an office building behind the presidential palace.

Around the Central African capital Bangui, Wagner mercenaries are a common sight: Russian men wielding automatic weapons who travel in unmarked vehicles and wear face coverings in public to conceal their identities.

In bars and in shops, where a local Russian-made vodka known as Wa Na Wa is often advertised, they mix with Bangui residents, who at times resort to Google Translate to communicate with them.

“They patrol everywhere, on the streets, in neighbourhoods. They are everywhere,” says restaurant owner Yanick.

Some wear plain clothes, others military uniforms, making them indistinguishable from the Russian soldiers Mr Touadera first invited in 2017 to help train his own troops.

Over decades, they’ve grown used to the rotation of aid workers, international peacekeepers and soldiers passing through the city.

But the arrival of Wagner mercenaries has cast a slightly uneasy pall over the city, where they have been received with a mixture of suspicion and reverence.

Word has travelled of horrifying reports, in some cases backed up by the UN and human rights groups, of Wagner operatives looting, raping and mercilessly killing in other parts of the country.

“Of course we are scared,” said one Bangui resident.

“I don’t know what they’re doing here. What is their interest? What will happen next year, or next month, or next week?”

Central Africans are cagey about discussing the Russian presence.

Many who do agree to interviews are cautious about reprisals, asking to be identified using only their first names, or not at all.

In a phone interview with Dieubeni Ongtiga, a computer engineer who also runs an English language school, he mentioned furtively that he couldn’t be sure who was listening “on the other line”.

But many equally view Wagner mercenaries as unlikely saviours, foreigners credited with stepping in to halt a rebel advance on the capital that the Central African military was unable to stop on its own.

“These Russians are not conventional forces. But hey, it’s the result that counts,” says Simon, a business consultant.

Like Simon, many in the capital feel resentment towards their former coloniser and view the period of French rule as the reason for much of the setback in the country’s development.

Years of upheaval, military uprisings and civil war have led to a feeling among Central Africans that the Russian intervention in the country’s fortunes could not have come at a better time.

“Almost every 10 years, the country is experiencing a military coup d’état,” Simon adds.

“But luckily for us, this time there were Russian forces there. It has been beneficial for us and we can only applaud them.”

What remains unclear are the terms of engagement between the Wagner Group and the Central African government, which officially denies the presence of mercenaries in the country.

Like many mineral-rich, former European colonies in Africa, the Central African Republic has fallen subject to the so-called resources curse — a paradox of vast natural wealth on the one hand, and widespread poverty of its citizens on the other.

“I don’t know how they are paid,” says Mr Ongtiga, the computer engineer.

“But even when France was in power here, they still would pay themselves in the mines, gold, diamonds and so on.

“We black people are paying the fees here.”

Analysts speculate that Wagner has been given control over valuable mining and timber assets around the country.

In 2018, a Wagner-linked company operating in the Central African Republic was awarded gold and diamond mining licences to explore and develop 4,000 square kilometres of land, according to a report in Russian media outlet The Bell.

Joint investigations in 2022 also found Wagner companies were involved in selling blood diamonds and another had been allocated a 30-year forestry permit for an area in the Congo Basin — some of the largest swathes of undeveloped rainforest in the world.

But the sprawling map of the Wagner Group’s natural resources and mining titles across Africa stretches from the Central African Republic to Cameroon, Burkina Faso, Mali, Libya, Sudan, and Madagascar.

Just last month, Ghana’s President Nana Akufo-Addo claimed that neighbouring Burkina Faso had given the Wagner Group a gold mine in exchange for mercenaries to help fight off jihadi violence there.

Officially, the Kremlin has denied any ties to the Wagner mercenaries in Africa as well as those fighting Vladimir Putin’s war in Ukraine.

But as the Russian president desperately rallies support amid battlefield setbacks in Ukraine, the African advance of a group commanded by his close ally is shoring up his power more than 5,000 kilometres away.

Russian propaganda presents Wagner as a viable successor to the French

To accompany their physical presence, a Russian misinformation and propaganda campaign has been effective in exploiting anti-French sentiment in the Central African Republic, flooding social media with pro-Russian messaging.

There are reports of Wagner Group paying local radio stations and newspapers to run pro-Russian stories.

“They are really trying to latch onto the Soviet legacy. The Soviet Union has a reputation of having supported anti-colonial liberation movements,” said Niklas Mahsur, who researches Russian military strategy at the Swiss Federal Institute of Technology in Zurich.

Through propaganda, Russia and Wagner Group present themselves as a viable successor to the French in the Central African Republic, Mr Mahsur said.

That includes through Russian-made films like the feature-length Touriste, shot and set in the Central African Republic, which tells the story of heroic Wagner mercenaries who train local soldiers to fight against a rebel onslaught.

Dubbed in Sango — the local central African language spoken alongside French — it premiered in May 2021 to an audience of thousands at the national stadium in Bangui, attended by government ministers and Russian representatives.

Its opening scene is a disorienting firefight between a team of Russian soldiers blasting a group of rebels approaching on dirt bikes with Kalashnikovs.

As a soldier lies bleeding out on the ground, the screen fades to black to reveal the Russian title: Tourist.