‘Africa is on the frontlines but not the front pages’: Vanessa Nakate on her climate fight 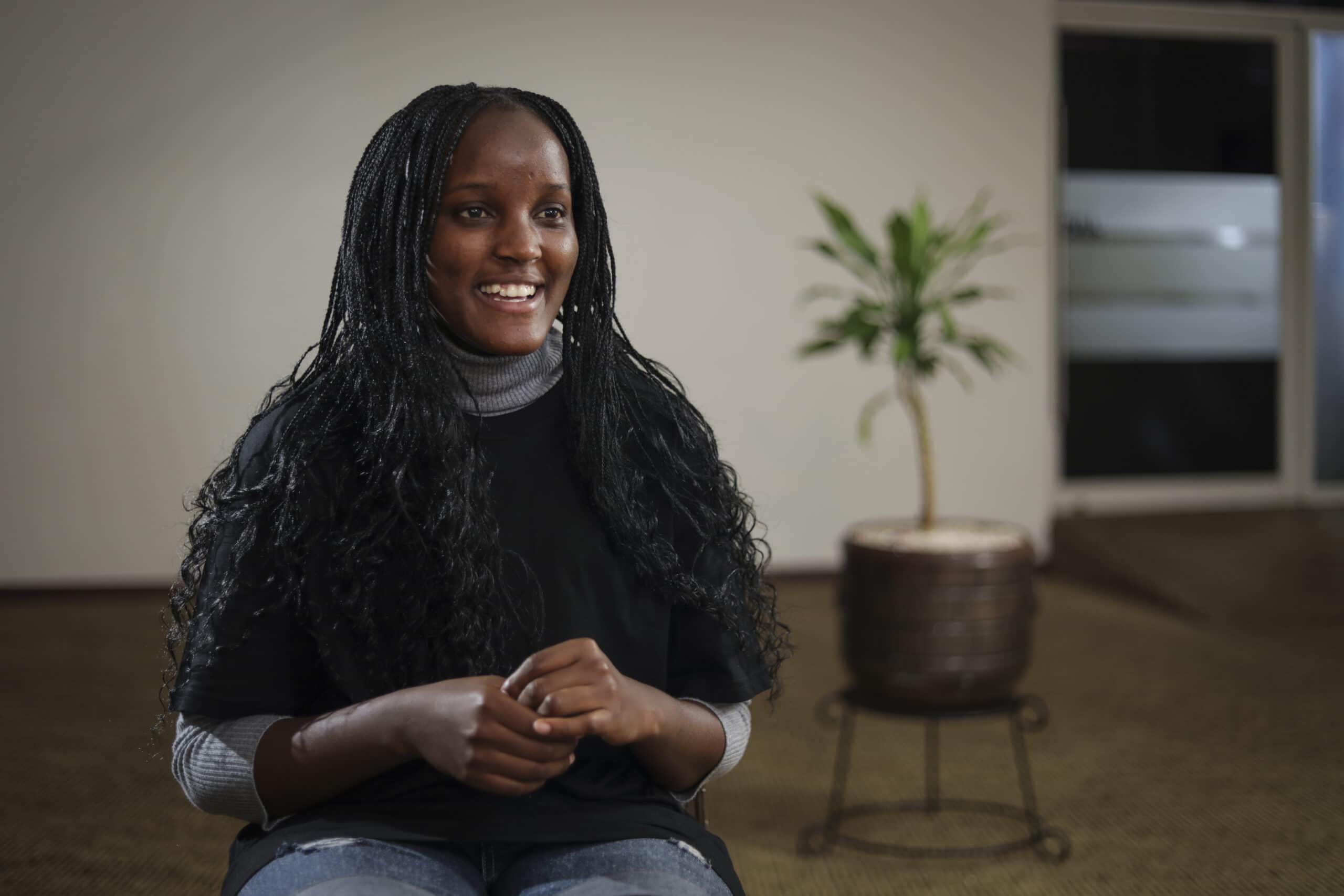 The new Unicef goodwill ambassador would like to see reparations from nations most responsible for climate crisis.

Vanessa Nakate knows what it’s like to be Black and overlooked. In January 2020, an Associated Press photographer cropped Nakate from a picture of youth climate activists at the World Economic Forum in Davos, Switzerland, leaving her friend Greta Thunberg and three other white young women in the shot.

It triggered widespread outrage, rightly so, but Nakate regards that very personal experience as a symbol of how the voices and experiences of Black – and Brown and Indigenous – communities are routinely erased.

“Africa is on the frontlines of the climate crisis but it’s not on the front pages of the world’s newspapers. Every activist who speaks out is telling a story about themselves and their community, but if they are ignored, the world will not know what’s really happening, what solutions are working. The erasure of our voices is literally the erasure of our histories and what people hold dear to their lives,” said Nakate.

Nakate is a 25-year-old, thoughtful, smart and quietly spoken climate activist from Kampala, the capital of Uganda – one of the countries most at risk from climate disasters caused by global heating.

Two climate disasters have struck Uganda this year so far: at least 29 people died and thousands were displaced in the city of Mbale in eastern Uganda after heavy rainfall caused two rivers to burst their banks, submerging homes, shops and roads, and uprooting water pipes. And in the north-east about half a million people are facing starvation due to drought in Karamoja, where hundreds of people – mostly women and children – have already died.

The experience in Turkana, one of the areas in north-west Kenya most affected by a prolonged drought that has left more than 37 million people in the greater Horn of Africa on the brink of starvation, was life changing. “It hasn’t rained for two years. To experience what that means in a community, to see how much people are suffering and how much help they need, I really got to see how the climate crisis is affecting so many lives and destroying so many livelihoods, and that it’s mostly women and children who are suffering the most.”

It was Nakate’s first time experiencing such extreme climate suffering first-hand. At one hospital treating children with severe malnutrition, she met an emaciated little boy who died the following day. According to the World Health Organisation, an estimated 7 million children under the age of five are acutely malnourished in the region, which is experiencing the worst hunger crisis in over 70 years. “I’ve always said that climate change is more than statistics, it’s more than weather, but in Turkana I really got to understand those words.”

Of course most people will never witness such catastrophe first-hand, which is why it’s crucial that the voices and experiences of those most affected are amplified on the international stage – through the media and at decision making events like the UN climate talks.

Last year in Glasgow at Cop26, very few African activists were able to attend due to challenges with accreditation, funding and Covid vaccinations, which at the time were available to less than 5% of people across the continent. Pledges on loss and damage for developing nations most harmed by global heating were once again shelved at the behest of rich polluting nations.

Cop27 takes place in November this year in Sharm El Sheikh, Egypt, which will be Nakate’s third climate talk, but getting access for most activists is proving to be just as difficult this year. “Many people are calling it an African Cop but it won’t be an African Cop if the communities, the activists are not there.”

Countries from across Africa – and the wider global south – will be looking to secure billions of dollars of climate financing for adaptation and the green energy transition, as well as separate funds for loss and damage and reparations.

On the recent Kenya trip, Nakate met a young man who asked her why countries in the global north contribute the most emissions but places like Turkana suffer the most. “He thought they must have done something wrong … it was really hard to explain to him why those being impacted the most are the least responsible, and that’s one of the horrible realities of the climate crisis.

“There are people who are looking for answers to a question that needs to be answered through much needed reparations and responsibility from the global north.”

The 54 countries in Africa combined account for 15% of the world’s population but contribute less than 4% of global greenhouse emissions – in contrast to 23% by China, 19% by the US, and 13% from the European Union.

Nakate, a born-again Christian, said: “Having dominion over the Earth is about responsibility and service to the planet and its people, because God is not a God of waste and exploitation.”

Nakate was drawn to climate activism in 2018 after learning about the erratic rainfall and extreme heat affecting Ugandan farmers and food production – including members of her family. Agriculture is the backbone of the country’s economy, accounting for a quarter of its GDP. About 70% of people rely on farming and raising livestock.

Inspired by Thunberg’s school strikes in Sweden, Nakate launched her own climate movement and for several months in 2019 protested outside the gates of parliament against the government’s inaction on the climate crisis. She then founded the Youth for Future Africa and the Africa-based Rise Up Movement, and is now one of the world’s most celebrated youth activists.

But her celebrity means that some organisations and journalists regard her as the go-to African voice, which she finds problematic.

In Nairobi recently, Nakate met young people making briquettes – a cheap, alternative cooking fuel made from waste taken out of rivers – for a grassroots green energy company called Motobrix, creating sustainable local jobs. “It’s people and stories like this we really need to listen to,” she added.

Making sure activists and impact communities from across Africa can attend – and meaningfully participate – in Egypt is crucial for negotiations on loss and damage – and solutions. If these stories aren’t heard, the solutions that are being financed risk being unacceptable or even harmful to affected communities.

“NGOs and governments need to listen and engage with communities about what they want, what works for them, and not dump solutions on them … We need to have communities at the negotiating tables in Egypt.”