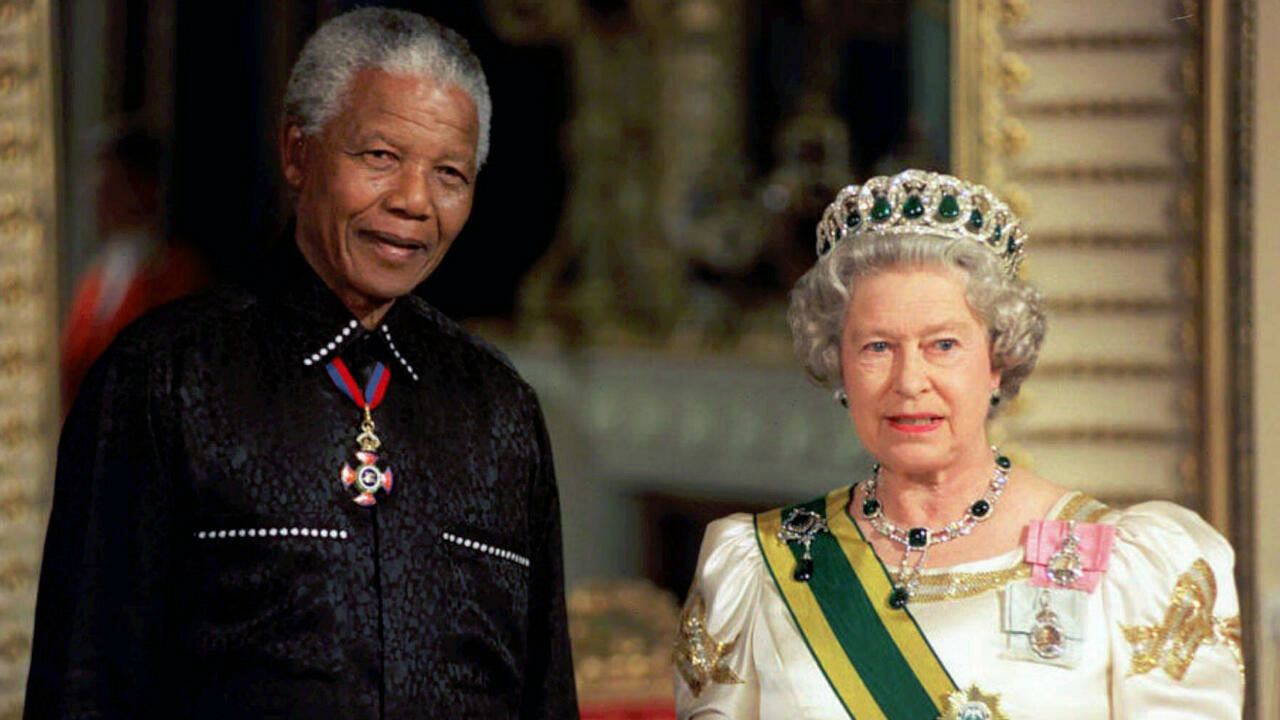 Queen Elizabeth II is said to have had a special place in her heart for Africa, and she was on the continent during some key moments in her life.

The then-Princess Elizabeth was lodging at the now-closed Treetops Hotel in a rural part of Kenya, surrounded by greenery, tall trees and wildlife, when her father, King George VI, died and she became Queen aged just 25.

During her 70-year reign she visited more than 20 African countries, and once jokingly remarked in front of a smiling Nelson Mandela that she had been to more of Africa than “almost anybody”, prompting rapturous laughter from those around her.

The Queen had a warm personal relationship with Mandela – the South African icon who led the fight against white-minority rule in the country. His foundation expressed its sadness at her death, saying: “They also talked on the phone frequently, using their first names with each other as a sign of mutual respect as well as affection.”

He even had a special name for the Queen, Motlalepula, which “literally means to come with rain”, because her 1995 visit to the country during his presidency coincided with the country’s best rainy season for years.

Having inherited a vast empire spanning the African continent upon becoming Queen, her reign saw all 14 African British colonies gain their independence, starting with Ghana in 1957.

And yet the Queen managed to maintain warm relations with them, partly through the creation of the successor organisation to the empire, the Commonwealth. In 1961, she was pictured dancing with Kwame Nkrumah, who led the campaign for Ghana’s independence and became its first president.

Notably, the word empire was omitted during her coronation oath in 1953.

Now, leaders from across the continent have paid tribute to Britain’s and parts of the Commonwealth’s longest-serving monarch.

The president of the country where her journey as Queen started, Uhuru Kenyatta of Kenya, mourned her passing in a statement, describing her as “a towering icon of selfless service to humanity and a key figurehead of not only the United Kingdom and the Commonwealth of Nations where Kenya is a distinguished member but the entire world”.

Although relations between Zimbabwe and the UK have been frosty for many years, prompting the late President Robert Mugabe to withdraw from the Commonwealth, his successor Emmerson Mnangagwa was quick to tweet that his “deepest condolences” were with the Royal Family and “the people of the United Kingdom, and the Commonwealth”.

The leader of Nigeria, the biggest of Britain’s former colonies in Africa, Muhammadu Buhari wrote a long tribute to her on Twitter, saying he learnt of her death with “immense sadness”.

“The story of modern Nigeria will never be complete without a chapter on Queen Elizabeth ll, a towering global personality and an outstanding leader. She dedicated her life to making her nation, the Commonwealth and the entire world a better place.”

He also welcomed the ascension of His Majesty, King Charles III to the throne.

The story of modern Nigeria will never be complete without a chapter on Queen Elizabeth ll, a towering global personality and an outstanding leader. She dedicated her life to making her nation, the Commonwealth and the entire world a better place.

And Ali Bongo, president of the newest member of the Commonwealth, Gabon, a former French colony which only joined the club in June, has also tweeted his condolences.

Despite the outpouring of condolences from the continent’s leaders, some other Africans have spoken of their suffering under British rule, pointing out that much of the colonisation was done in the name of the royal family.

Some of Africa’s own monarchs have also expressed their sadness. Prince Mangosuthu Buthelezi paid his respects on behalf of King Misuzulu KaZwelithini, the leader of South Africa’s Zulu people. He highlighted his “treasured friendship” with King Charles III, sending personal condolences to him.

King Misuzulu is well placed to understand what King Charles is going through, as his own father, Zwelithini, died last year, after 50 years on the throne.

The Queen was on a tour to South Africa when she celebrated her 21st birthday in 1947. In a famous radio address from Cape Town, she dedicated her life to Commonwealth and said she felt “just as much at home” in South Africa as if she had lived there her whole life.

Renowned around the world for her ability to remain apolitical, but she made a strong statement in 1995, visiting South Africa just a year after Mandela became president ending the system of legalised racism known as apartheid.

She complimented the country on its progress: “You have become one nation whose spirit of reconciliation is a shining example to the world, and I have come back to see for myself what is little short of a miracle.”